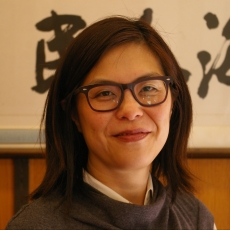 Professor Eugenia Lean (林郁沁) is a scholar of modern Chinese history, history of science, technology and industry, and affect studies.  She received her BA from Stanford (1990) and her MA and PhD (1996, 2001) from the University of California, Los Angeles. Before joining the Columbia faculty in 2002, she taught at the University of North Carolina, Chapel Hill.

She has published widely. In her book Public Passions: The Trial of Shi Jianqiao and the Rise of Popular Sympathy in Republican China (University of California Press, 2007), she examines a sensational crime of female passion to document the political role of sentiment in the making of a critical urban public. In 2004–2005 Professor Lean received the ACLS/Andrew W. Mellon Fellowship for Junior Faculty and the An Wang Postdoctoral Fellowship of the Fairbank Center at Harvard University to research and complete the book project. This book was awarded the 2007 John K. Fairbank prize for the best book in modern East Asian history, given by the American Historical Association.

Professor Lean’s second book, Vernacular Industrialism in China: Local Innovation and Translated Technologies in the Making of a Cosmetics Empire, 1900-1940 (New York: Columbia University Press, 2020) examines the cultural and intellectual dimensions of industrialization by focusing on the practices and writings of polymath Chen Diexian, a professional writer/editor, science enthusiast, and pharmaceutical industrialist. The project explores how lettered men of early twentieth century China engaged in “vernacular industrialism,” the pursuit of industry and science outside of conventional venues that drew on the process of experimentation with both local and global practices of manufacturing and was marked by heterogeneous, often ad hoc forms of knowledge and material work. She has received support for the project with the Charles A. Ryskamp (ACLS) award in 2010–2011 and a National Endowment of the Humanities grant and a Chiang Ching-kuo Foundation fellowship in 2017-2018. She was also selected as a fellow at the Institute for Advanced Studies with the support of the The Starr Foundation East Asian Studies Endowment Fund in 2017-2018, during which she drafted the manuscript.

A third book project, titled Making the Chinese Copycat,” focuses on China’s involvement in shaping twentieth-century global regimes of intellectual property rights from trademark infringement to patenting science. It investigates the local vibrant cultures of copying and authenticating in China, as well as inquires into how China emerged as a “quintessential copycat” in the modern world.

She was featured in “Top Young Historians,” History News Network (fall 2008) and received the 2013-2014 Faculty Mentoring Award for faculty in Columbia’s Graduate School of Arts and Sciences. She is currently the Director of the Weatherhead East Asian Institute.

© All Rights Reserved by the Author